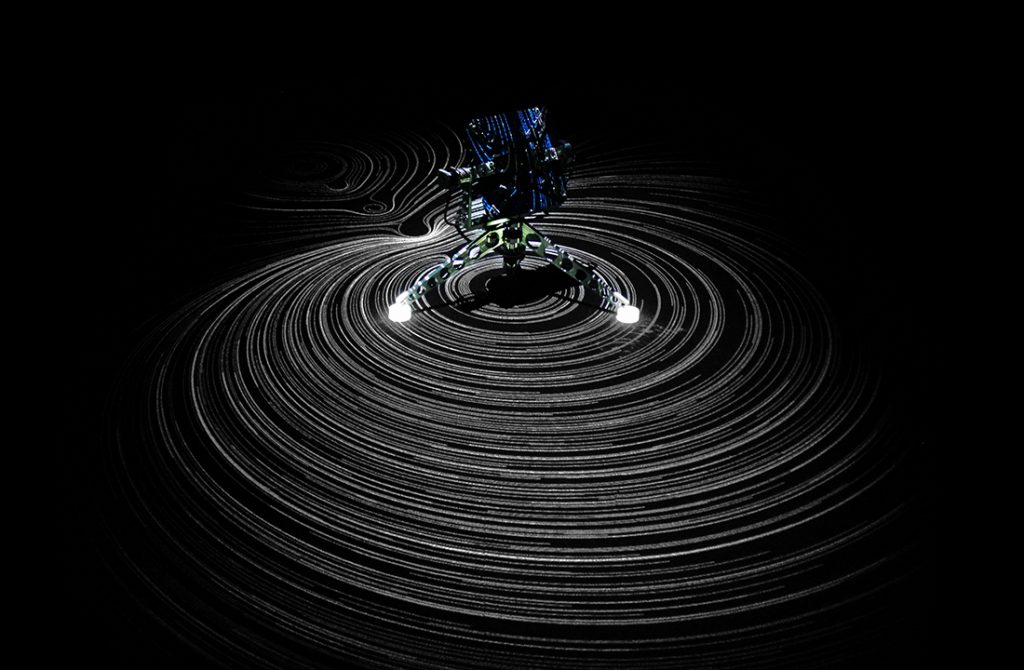 A field of light moving simultaneously with a beam of sound, both emanated from one source, a shiny metal tripod robot that is spinning a speaker around two axes. Like a swirl of sound and light the visitor is drawn into the piece with all his senses and finds himself enveloped in a transforming spatial sound sculpture. A moment of precious intimacy is created and a door between the subconsciousness of the visitor and the robotic machine is opened, both aurally and visually. The decidedly non-anthropomorphic robot is the source of this transcendent atmosphere and shows that the Curious Tautophone is as much an apparatus of art as it is a tool for music and an instrument for psychology and physics.

The name Tautophone derives from projective auditory tests developed by psychologists Skinner, Rosenzweig and Shakow that can be understood as a form of Auditory Rorschach Inkblot where a sequence of vowels was repeated in an attempt to trigger latent speech hidden in the listener’s psyche. The curious aspect of the name induces a sense of the Tautophone’s motivation to explore its surroundings and to learn. It reflects the human capability to feel attachment to inanimate objects as already demonstrated by psychologists Heider and Simmel in 1944 and speculates about the human desire to give birth to new forms of life as part of a subconscious reasoning surrounding mortality. Tensor fields expresses the mathematical representation of the visual environment creating a different kind of adapting and continually changing set of inkblots of light. Using the physical phenomena of directional sound as a medium of robotic expression, the unusual, even uncanny nature of hearing these auditory hallucinations opens the observers perceptual engine and intensifies the multitude of subliminal stimuli.

Finally Curious Tautophone – Tensor Field Ontology deals with the basic structures that are connecting reality and possibility, the role of the robot being to recalibrate the cognitive tissue that binds man and machine. 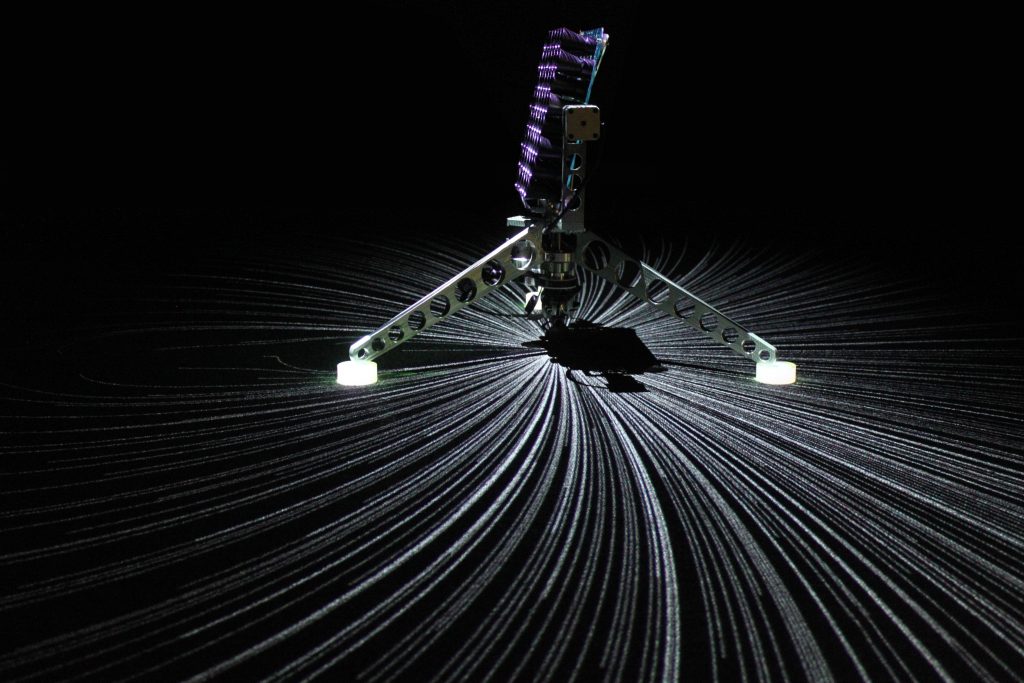 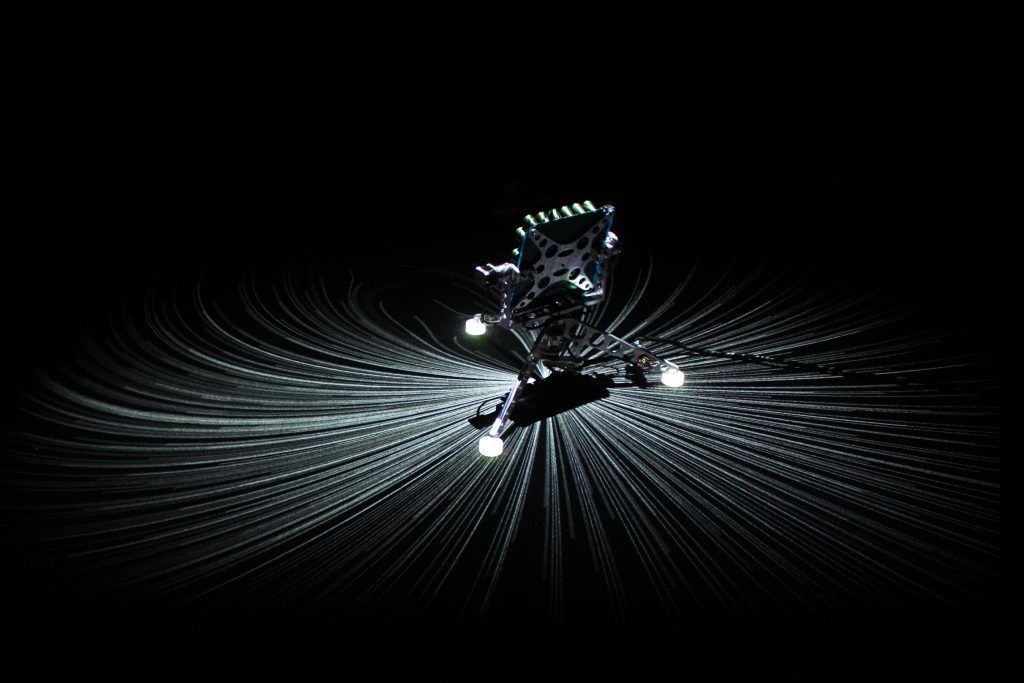 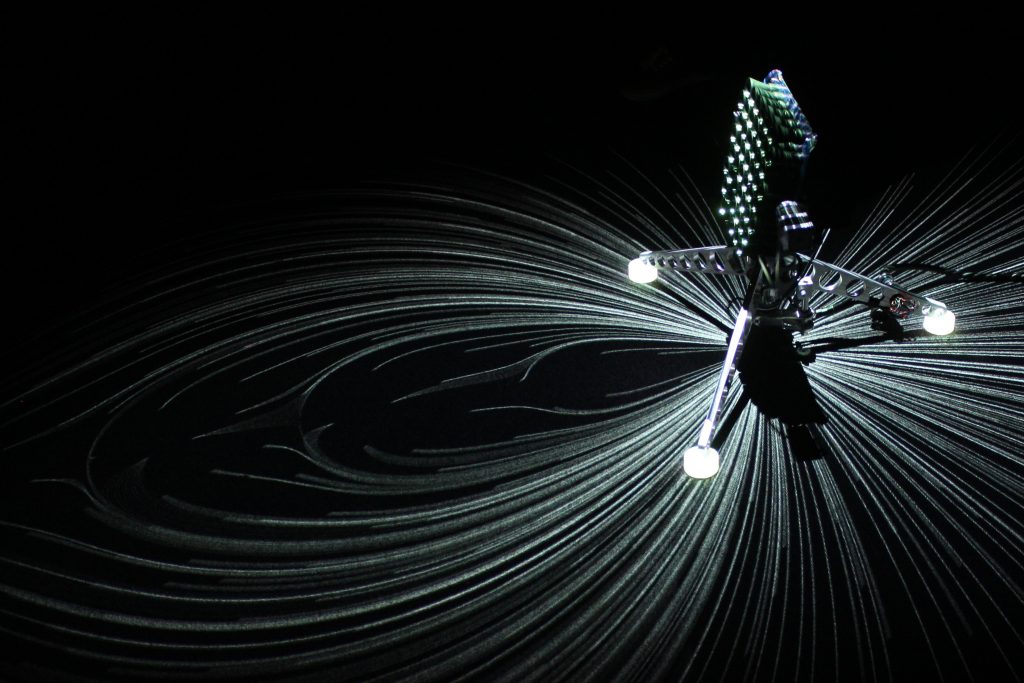 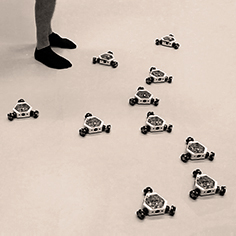 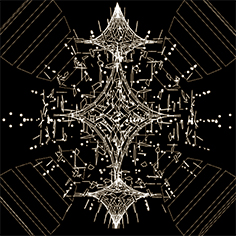